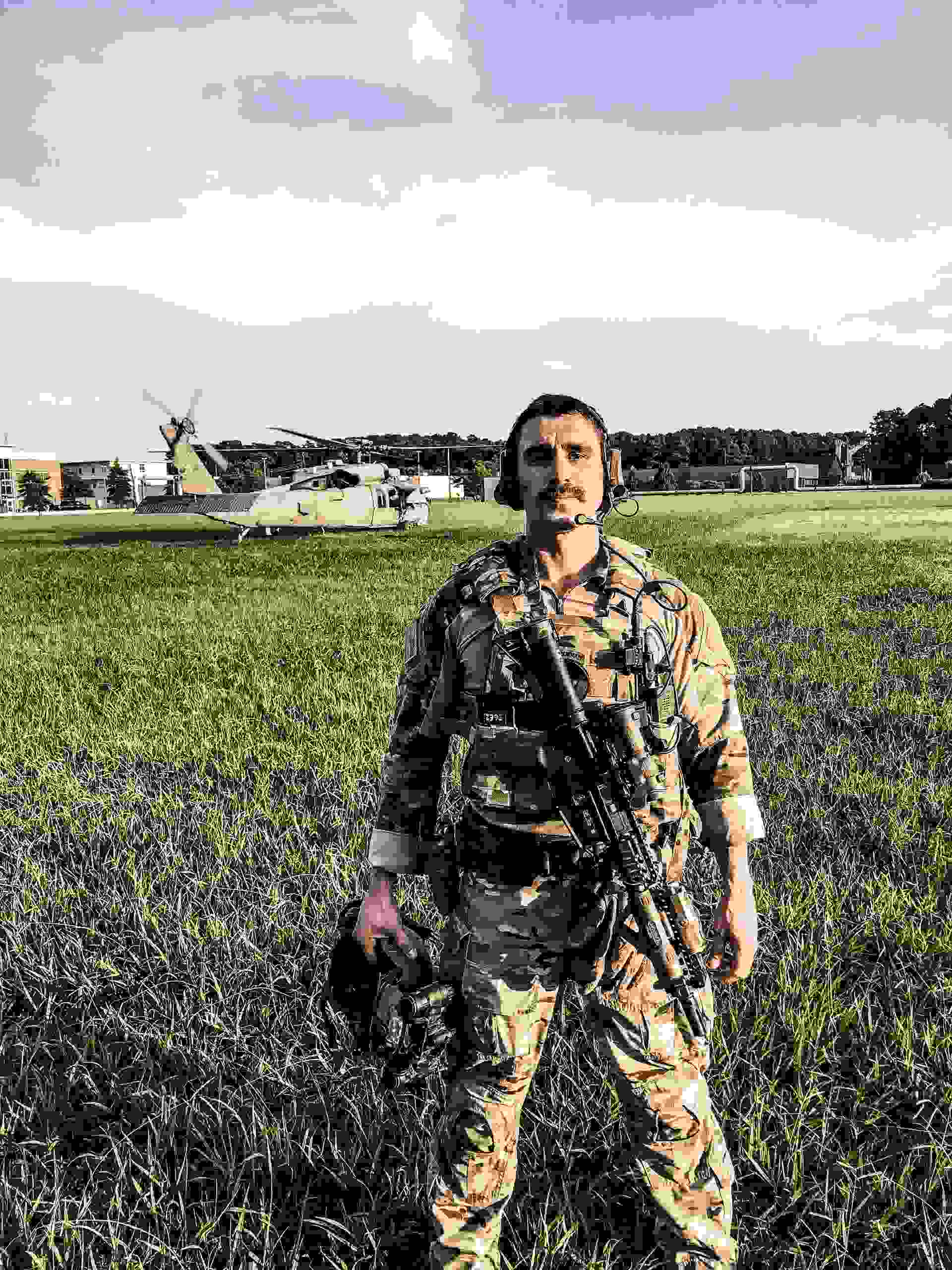 This is Charlie One

I had the opportunity to serve in the Army for 15 years, 12 of that was spent on a Special Forces Operational Detachment Alpha (ODA). On the ODA I served as the Senior Engineer (Charlie One). My specialties were  Advanced Demolitions, Breaching, Sniper, and Technical Intelligence Specialist. During that time I experienced nine overseas deployments, four of which were combat rotations to Iraq and Afghanistan. Those were some good times, with even greater men.

I also spent some time  working  in DC,  and Texas on the intel side of things. Following those assignments I became a restaurant owner, and attended the University of Southern California where I was class President, attaining my Masters in Public Policy and Management.

In 2015, I pursued a career in Law Enforcement in my hometown in Los Angeles County. I currently work as a Patrol Officer, Use of Force Instructor (FIGHT) and Tactical Rifle Instructor (SHOOT).

Besides that, in the last three  years I founded a non-profit, Ruck for Vets. A organization aimed at raising awareness for Veterans issues and mental health. We are bringing the brotherhood I loved so much back to my community, and giving back to those who gave more than enough.

On another note, if you are interested in hardcore training for military and first responders, let me know. I also serve as the Lead Advisor for Hard to Kill Fitness (LIFT). Our programming is one of a kind and will push you  to be your best both mentally and physically.

Standby for Operational Athlete Inc. led workouts. They will be here soon and you won't want to miss it.

Lastly, and best of all, I am a father to an amazing 3 year old. Being a dad has been the best adventure yet.

Weekly blogs about everything Operational